The Death of Chatterton 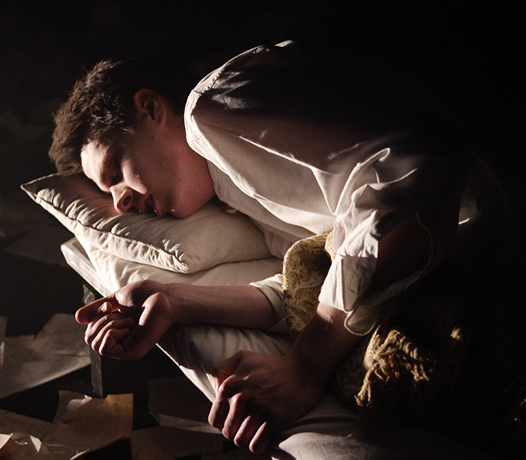 SYNOPSIS
George Meredith, in an attic room in the nineteenth century, prepares himself to model for painting “The Death of Chatterton”, and wonders at how the death occurred. Chatterton himself tells the tale from the seventeen hundreds – and Rowley (a fifteenth century monk of Chatterton’s creation) convinces us of Chatterton’s genius back two hundred years before. The key however, lies not with Meredith, Rowley nor Chatterton but with Chatterton’s first biographer, John Dix – who delights in revealing a final convolution. Who is Thomas Chatterton? – and when did he die?

Photo: Christopher Richardson as TC in the premiere season by the
IHOS Music Theatre Laboratory in September 2005. Photo by Peter Mathew.